EXCLUSIVE GUIDED EXHIBITION AND DINNER AT THE HUNGARIAN NATIONAL MUSEUM

An exciting adventure among the most valuable treasures of Hungarian history in the iconic building!

SPECIAL GUIDED TOUR OF THE EXHIBITION, HUNGARIAN DINNER FROM THE BEST CHEFS AND A SURPRISE GIFT!

CONTENTS OF THE COMPLEX PROGRAM:

1.) TOP 5 guided tours: Coronation Mantle, Seuso Treasure, Széchényi Hall, Gallery, Main Decorative Staircase.
2.) You can choose a uniquely designed gift from the shop of the Museum.
3.) A special dinner with Hungarian specialties in the Museum’s Café.

Coronation Mantle:
The most precious of the items kept in the Hungarian National Museum is the coronation mantle, which is clearly connected to the founding couple of Hungary: King (Saint) Steven I and Queen Gisella appear on it. The coronation mantle is the central visual element of the museum.

Seuso treausure:
The Seuso treasure is an extremely rich treasure from the late period of the Roman Empire (IV-Vth centuries). It got its name from its owner, the exceptionally wealthy Seuso, whose estates extended from today’s Budapest to Lake Balaton. The pieces of the treasure on display in the museum are typical accessories of a festive feasting set, including vessels used for cleansing and beautification. Its owner may have hidden the treasures at the turn of the IV-Vth century, presumably fleeing a war conflict and remained hidden from the world until the 1970’s. After its discovery, it went immediately on an adventurous journey around the world due to art treasure robbers, until the Hungarian State managed to buy it back in 2017. After a nationwide traveling-exhibition, it occupied its current, final location in 2018.

Széchényi Hall:
The Széchényi Hall, with its unique atmosphere and embellished with priceless monuments, preserves the memory of the museum’s founder. It’s decorated with Slavonian oak paneling, and visitors can also admire the Herczog’s silverware here.

Gallery:
The room is named after Ágoston Kubinyi, the scientific director of the museum, and was designed in the 1860’s. Through the hall, the visitor can get a glimpse of how museums should imagine their exhibitions in the XIXth century. And in the showcases, you can admire the most beautiful pieces of the Hungarian ceramic and glass collection.

Main Decorative Staircase:
In the tympanum of the Museum’s grand staircase, the female figure of Pannonia is enthroned in the middle, holding a laurel wreath, which she hands to the personification of science and art on the right, and history and fame on the left. The walls and ceiling of the main stairwell of the museum are decorated with wonderful frescoes by Károly Lotz and Than Mór.

The language of the guided tour: English

The availability is limited. Buy your participation ticket from us until Friday midnight!

Come back to us later, we will publish the bookable dates soon.

The Eurama Budapest Sightseeing City Tour Travel Agency was founded in 2003 which nowadays has a wide range of partners. 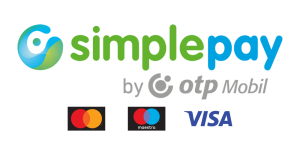 Top 10 things to do in Budapest

Hidden beauties of Budapest – 8 places off the beaten track